So out of the few games I've played this 2012 (Maybe 3 or 4 of them) One that caught my attention was a rather small Arcade game through Xbox Live simply called 'Dust: An Elysian Tail' a MetroidVania style hack n' slash RPG with gorgeous animation, very responsive controls, an emotional and dark story, great characters, and featuring anthropomorphic characters.

So before I fully dig in allow me to backtrack on the games history a bit. Dust started life back in 2009 as a side project of one man called Dean Dodrill who also goes by Noogy online. Dean started his career as an animator for Epic Games Jazz Jackrabbit series, yes the same Epic that created Gears of War, and he created the character Lori Jackrabbit as a sister to Jazz, Epic ended up floundering in its books and had to let Dean go. Some time after he was laid off from Epic he set forth to make his dream project, a film known as Elysian Tail, a project he has done by himself and been working on since around 2000. Unfortunately not many screenshots of the film in progress are floating around and or are VERY rare, fortunately though a small site known as Tekyu (Note: This is also an article about the game itself) has a screenshot and two animated GIF's of the film on there, I will link one just to show how smooth and crisp one mans work looks.

(A GIF of the film showing how smooth Dean's animation is, it reminded me of Don Bluth's films)

Jump forward to 2009 and Dean starts to learn programming as to make some small side games of his world to accompany the film, completely designed by Dean himself, later that year Dust won the 2009 Microsoft Dream.Build.Play Challenge and was awarded a Xbox Live Arcade release in addition to $40,000 reward for the games development and began adding more. Now in 2012, almost 4 years of work has paid off and Dust was released on August 15th, 2012 for the Xbox console for Arcade. So how does it stand?

Dust follows the story of...well Dust a swordsman who has no idea who he is, he is accompanied by a sentient sword known as The Blade of Ahrah, and the swords guardian Fidget, a fox-cat hybrid that can fly called a Nimbat who serves as Dust's loyal companion and also comic relief, who is also insanely adorable (seriously try not to go "aww!" when you see her!) The story initially begins rather lightly but as secrets are unraveled you realize not all is right in the world and descends into a dark story one mans faults and his redemption. The story of the game works, I feel, much better due to the anthropomorphic characters, Dust appears to be a cat and various characters are mice, rabbits, lizards, or toads.

Dust's arsenal is simply a basic attack, plus a move known as Dust Storm, Fidget also can attack enemies using projectiles which on their own do not do much damage BUT combined with Dust Storm is a force to be reckoned with. Dust levels up as he kills enemies but through the Chain system the higher your chain when you kill enemies, the more bonus experience you can gain. You also get weapon augments, armor, and rings, all items add damage, defense, or can increase Fidget and the Dust Storm's damage. The game is VERY smooth, so much so I blinked a few times because I had NO frame rate drops at all, and the screen can get very crowded with mobs of enemies. The games platforming mechanics are the best around, the controls are responsive, and you wont be flailing manically jumping to ledges because the detection is off, its spot on! A feature added is a blue print system, as you kill enemies some may randomly drop a blue print, these may contain new weapon augments, rings, or body armor for Dust, you can farm for items to forge them with from enemies, which also drop money, and healing items. There are also chests to unlock with keys hidden throughout the world for money, and items and also, hidden very well, are cages that contain special things, I wont spoil anything more but you will like some of them.

(An example of the Dust Storm with Fidget's projectile attack)

From the indie titles I have played, Dust takes the cake with how beautiful the animation is, backgrounds are bright and vibrant, friendly NPC's are unique in look, and the secret areas you find are always a treat. At the beginning of the game you will notice certain areas are inaccessible, the genius is the ability to return whenever you want once you gain new powers to traverse these once locked areas to see the secrets, it opens up a lot of replay-ability, and will add even more hours to a decent sized game. One aspect of the game that might surprise people is the voice cast, these people are bloody dedicated! I have not heard better voice acting in a very long time, and Fidget's voice actress Kimlihn Tran does a great job, same to Lucien Dodge who portrays our hero Dust. In regards to Dean's fully animated cinematics the work and detail in them for one person to do is utterly astounding, once and when he finishes his film I will definitely have to buy a few copies of it. 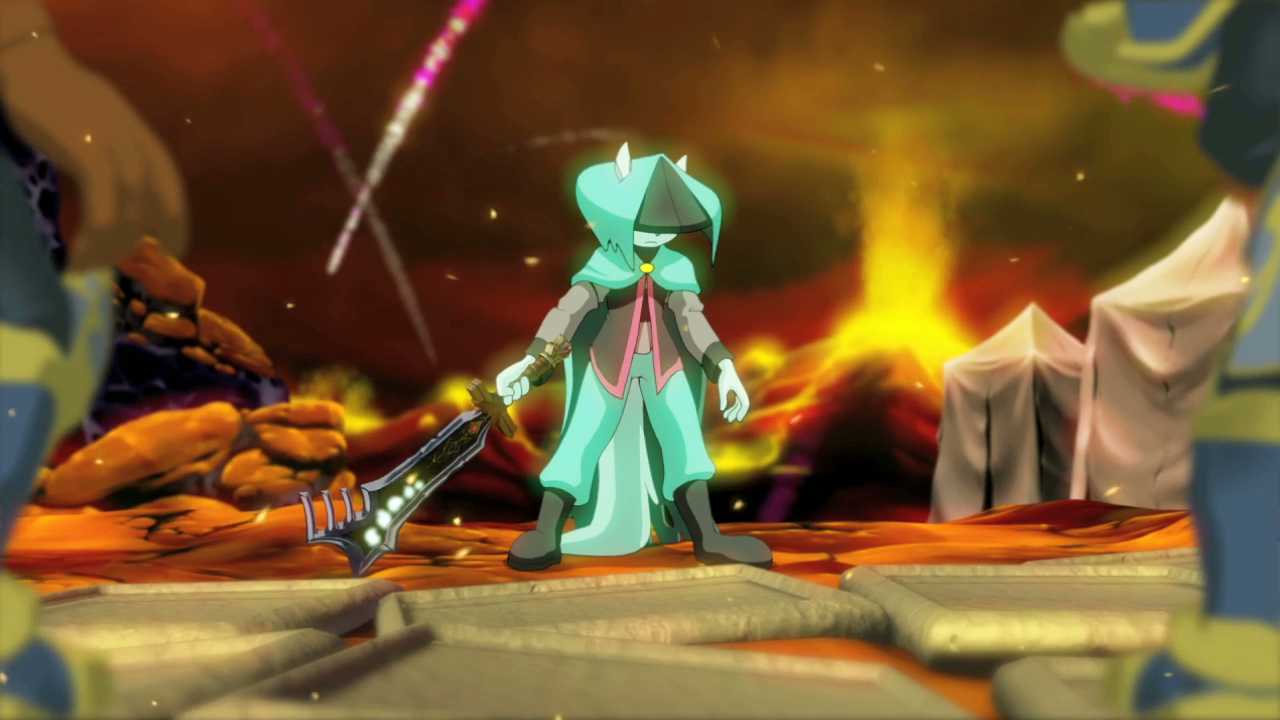 (Our hero and protagonist Dust facing enemies, this is also from one of the animated cinematics)

Out of all the games I have played this year Dust is the one I have been most satisfied with, not one dull moment and high replay make Dust my clear choice for the 2012 Game of the Year.

(All images and video are copyrighted to their respective owners)